Ear Tubes: What are ear tubes and why do they help?

Ear tubes are the most common surgery performed in children with over 600,000 performed in children under 15 years old every year.  They are performed for a variety of reasons but most often for recurrent infections or for chronic fluid in the ears resulting in a conductive hearing loss.  It can be difficult to know when to refer a child for consideration of ear tubes because the guidelines seem to change frequently and the practice patterns of the otolaryngologists in your area may or may not reflect the guidelines.

What are ear tubes and why do they help? 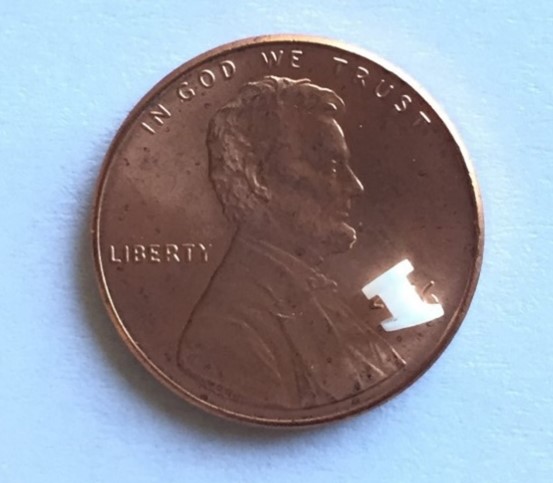 Ear tubes are small devices placed into the ear drum in order to allow for improved ventilation of the middle ear.  The majority individuals who benefit from this procedure suffer from Eustachian tube dysfunction (ETD) and are children.  The Eustachian tube is the structure that connects the middle ear to the nasopharynx and is responsible for ventilating the ear.  There are anatomic differences in its structure and function in children that typically resolve in the first several years of life.  Children are variably affected by these differences with some experiencing severe issues from ETD and others seemingly minimally or not affected at all. Losely speaking, the ear tube acts as a bypass valve for the internal plumbing of the ear that is still in the process of developing.

What are the indications?

The American Academy of Otolaryngology- Head and Neck Surgery publishes guidelines on a variety of topics based on the current body of research.  They are meant to reduce practice variation and encourage the practitioner to think critically before deviating from the standard of care.  In 2013 the Clinical Practice Guideline: Tympanostomy Tubes in Children was revised.  One of the changes that has produced the most controversy pertains to the indications for tubes to treat recurrent acute otitis media (RAOM).  The guidelines became more restrictive indicating that the presence or absence of an effusion on the ENT exam is a critical component of candidacy.  If you who have been in practice for some time, you will remember that the prior recommendation was to place ear tubes based on a number of infections alone regardless of the ENT exam findings (3 infections in 6 months or 4 infections in 1 year with at least 1 of those being within 6 months).  You could reliably expect that if you referred a child who met that number criteria, they would come back to you with ear tubes.  The data on ear tubes in children with RAOM alone without middle ear effusion (MEE) does not support a significant reduction in the number of infections after ear tube placement.  For that reason, the guidelines committee recommends against tube placement in this group since tubes are not completely risk free.

The situation is different in instances where there is RAOM with a MEE.  The literature does support a reduction in the number of infections in this group with an added benefit of being able to treat an infection with antibiotic ear drops, thereby reducing the number of oral antibiotic prescriptions necessary.

The other major category of children who may benefit from ear tubes are those which chronic middle ear effusions and a conductive hearing loss.  Due to the ubiquitous nature of ETD in children, it is estimated that about 60% of children under age 2 have experienced at least one episode of a middle ear effusion.  Furthermore, when children age 5-6 are screened for effusions, 1 in 8 of them will have an effusion in one or both ears at any given time.  Most episodes of effusion are transient and resolve without intervention (~90%).  There is NO ROLE for antibiotics, decongestants, oral or nasal steroids, or allergy medication in the management of middle ear effusions. The treatment is either to let the child’s body resolve the issue with time, or place ear tubes given the following conditions:

What are the benefits of ear tubes?

In the appropriate patient, ear tubes can be life changing.  We often see young children who have had long standing effusions and delayed language development catch up to their peers very quickly following tube placement with normalization of the hearing.  Families who have been suffering from recurrent infections that they can’t seem get under control are happy that they can now treat an infection with ear drops and their child isn’t screaming in pain in the middle of the night when they are sick.  We see these results frequently in our patient population but we also try to be selective in operating on children where the benefits are clear.

Who should I refer for consideration of ear tubes?

We are happy to see any child any time for any ear issue!  Some parents feel reassured by seeing an ENT even if they are not candidates for ear tubes.  We will often follow these individuals on a 3-6 month basis until we and the family feels the ear concerns have passed, and intervene if they do eventually go on to become a candidate for ear tubes.

Anytime you are concerned about the number of ear infections, or particularly if there is a concern for a hearing or speech problem, ENT evaluation is indicated.

How are ear tubes placed?

In young children, ear tubes are placed under general anesthesia in the operating room.  Adults and some older children are able to tolerate office placement with topical or local anesthesia.

A small hole is made in the ear drum, any effusion is suctioned out of the ear, and a small tube is placed.  This process typically takes less than 5 minutes to perform unless there is challenging anatomy.

What is the natural course of ear tubes and what are the complications?

Ear tubes typically last 1-2 years before the body pushes them out of the ear drum.  There are instances where the tubes are pushed out very quickly or become blocked and require replacement.  When they fall out, the ear drum almost always closes but in about 1% of cases, the closing is delayed or does not occur resulting in a perforation.  If an ear tube does not fall out within 4 years, removal is indicated in order to reduce the risk of a chronic perforation. The perforation can be closed but closure of it is sometimes intentionally delayed until an age at which the underlying ETD can be expected to be minimal or resolved.

Children can still get ear infections with ear tubes in place.  The difference is that the child typically does not have as intense a fever or pain and the pus from the infection will leak out the ear tube.  Another important difference is that the infection can be treated with antibiotic ear drops instead of oral antibiotics.  The ear drops almost always treat the infection but there are times when the amount of pus draining from the ear prevents the drops from penetrating the infection.  The otorrhea can also block visualization of the ear tube.  In those instances, ENT follow up is indicated to suction the otorrhea in order for the drops to work.  In rare instances, the otorrhea can be chronic or recurrent and may require multiple trips to the ENT to control.  Ear tube removal is sometimes recommended in these children.

The vast majority of children who receive ear tubes have them placed, the Eustachian tube function improves over the time the tubes are present, and they go on to have no further significant ear problems when the tubes fall out.  About 20% of children will have more issues after the first set of tubes comes out and will go on to need a second set of tubes.  Some of these children with ongoing issues will also be recommended to have an adenoidectomy.

How do I manage otorrhea?

While otorrhea can be an indication of an acute otitis media with ear drum rupture, in the child with an ear tube, it is a sign of a functioning ear tube.  You may not be able to see the ear tube if there is a significant amount of drainage but it is almost always still there! Oral antibiotics are rarely indicated.  Ofloxacin ear drops are often sufficient to resolve the drainage.  When ofloxacin is not controlling it well enough, ciprofloxacin-dexamethasone will resolve it in an additional percentage of children.  Neomycin-polymyxin-HC (Cortisportin) is contraindicated in children with ear tubes as the neomycin component is ototoxic if it gets in to the middle ear through an open ear tube. If an initial course of antibiotic ear drops does not resolve the drainage, ENT follow up is indicated.

Ear tubes are simple, commonly used devices to help young children suffering from significant Eustachian tube dysfunction.  Given the right indications, they can be life changing, but they are not without any complication or risk.

For more information, the published guidelines can be found at the following web address. https://www.entnet.org/?q=node/340