Ugh, Dealing With Clogged Ears? Here Are 7 Possible Reasons Why 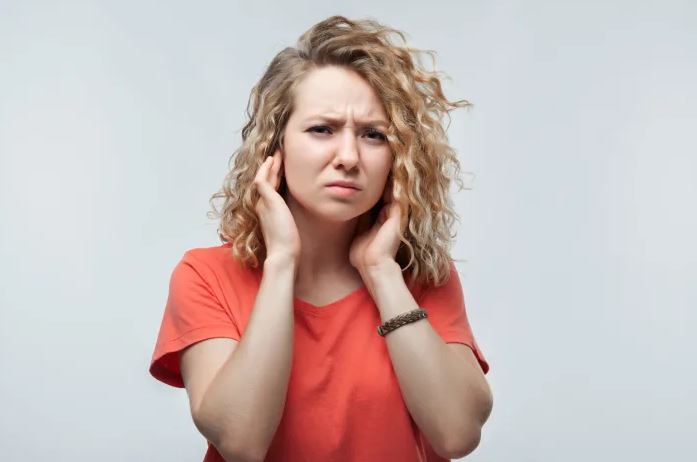 Experiencing that annoying feeling of needing to “pop” your ears can be super irritating. In fact, you might be unable to focus on anything else until you feel better. As with any health problem, the key to finding relief is knowing the root cause. Then, you can troubleshoot accordingly.

Otolaryngologist and head and neck surgeon Dr. Steven Gold MD, says that if your ears feel clogged, it’s best to see a doctor instead of trying to figure it out on your own. “Clogged ears can be [a result of] several different causes. One shouldn’t assume they know the reason without an appropriate evaluation,” he says.

That said, there are some common reasons for this annoying feeling that ENT docs see on a regular basis. Listed here are seven of the most popular, which could help provide some insight into why you may be experiencing symptoms.

7 Reasons Why Your Ears Feel Clogged

1. Earwax is causing a blockage

Even though Q-tips seem to be designed to remove earwax from the ears, Dr. Gold says that really all that’s needed to keep the ears clean is to wash them externally with soap and water. In fact, he says that earwax plays an important role in protecting the ears from infection. However, sometimes, ear wax can be pushed deep into the ear canal, which can create a blockage. “Excessive ear wax can cause symptoms of fullness, pressure, pain and hearing loss,” Dr. Gold says. If you think you have a blockage, the best course of action is to see your doctor instead of trying to unclog your ears yourself.

2. A sinus infection or allergies

Dr. Anthony Cornetta, MD, an otolaryngologist at NYU Langone Huntington Medical Group, says that if someone has a sinus infection or allergies, this can cause their ears to feel clogged. Dr. Cornetta explains that this happens because a sinus infection or allergies can cause the eustachian tube—which connects the back of the nose to the middle ear—to become inflamed, swollen or congested. When this happens, he says that the eustachian tube won’t allow air to flow to the middle ear as it usually does. This can cause fluid to pool in the middle ear, which then makes ears feel clogged.

“The easiest treatment is over-the-counter medication such as oral decongestants or allergy medication,” Dr. Cornetta says, adding that a nasal steroid spray can also be effective. “The fluid will also often resolve with time, but if it persists then it would be worthwhile seeing an otolaryngologist,” he adds.

Related: Hot an Ear Ache? Here Are 8 Possible Reasons for It, According to Doctors

3. You have an ear infection

According to Dr. Gold, fluid in the middle ear can cause an ear infection, which is often accompanied by an upper respiratory illness. “Fluid in the ear usually refers to a middle ear infection where there is mucus or fluid trapped behind the eardrum,” he says. It’s the same issue as why a sinus infection or allergies can cause ears to feel clogged. Dr. Gold says that the best way to alleviate symptoms, in this case, is to treat the underlying problem although in some cases, surgical drainage is needed.

4. You have swimmer’s ear

“Swimmer’s ear is characterized by swelling and inflammation of the ear canal,” Dr. Gold says. “Many times water exposure like bathing or swimming will aggravate symptoms causing a partial obstruction to become complete and more symptomatic.” While there are home remedies, such as ear wax removal kits or hydrogen peroxide drops, it’s best to see a doctor so that the right diagnosis is made before trying a treatment. “Once a proper diagnosis is made, appropriate treatment with ear drops is very effective,” Dr. Gold says.

Related: Does Hydrogen Peroxide Really Remove Ear Wax? Is It Safe? Doctors Weigh In On the Trend That's All Over Tiktok

5. There’s been a change in altitude

Most people have experienced either flying in an airplane or driving through the mountains and noticed that their ears start feeling clogged. “Altitude can definitely cause the ears to feel clogged,” Dr. Cornetta confirms, saying that this can happen when a change in altitude either increases or decreases. It doesn’t just happen when traveling by car or plane either. He says that scuba drivers often experience the same issue.

If you’re about to travel and you know from past experiences that you’re prone to this issue, Dr. Cornetta recommends using an oral or nasal decongestant spray prior to boarding the plane. “Lastly, I often highly recommend pressure equalization earplugs called EarPlanes. These allow for a gentle change in pressure between the cabin and the middle ear and are very effective,” Dr. Cornetta says, adding that they should be placed in the ear before boarding the airplane.

6. You were exposed to loud noise

While Dr. Cornetta says that noise can’t cause ears to actually become clogged, Dr. Gold says that it can make someone feel like they are. “Damage to the inner ear nerve endings or hair cells can make one feel a sense of clogging in the ears,” he says. To prevent this, he recommends using ear protection (such as ear plugs) if you know you’re going to be exposed to loud noise. “This can avoid the long-term effects of noise trauma,” he says.

7. In rare cases, it could be a tumor

This is not a common cause of feeling that your ears are clogged, but Dr. Cornetta says that in rare cases, someone may have a tumor in the back of their nose, which obstructs the opening of the eustachian tube. But the reason for your ears feeling clogged is far more likely to be one of the other causes on this list. Still, this is yet another reason why it’s better to let your doctor figure out the reason for your symptoms instead of troubleshooting on your own.

While annoying, the vast majority of the time, the sensation of your ears feeling clogged will go away on its own. But if the problem persists, it’s best to see your doctor. Chances are, the solution is simple. It’s always worth it to have an expert set of eyes (and ears).