COVID-19 UPDATE: Under the 14-day quarantine travel advisory announced by the Governors of New Jersey, New York and Connecticut, individuals traveling to or returning from states with increasing rates of COVID-19  are advised to self-quarantine for 14 days. The current list of states, which will be updated regularly, can be found at NY.Gov and NJ.Gov. This includes travel by train, bus, car, plane and any other method of transportation. If you have traveled to one of these states and have stayed longer than 24 hours, we kindly request you self-quarantine at home for 14 days prior to coming into the office. If you would like to schedule a Virtual Appointment, please call 1-855-ENTA-DOC. For more information on how ENTA is taking extra precautions to provide the safest environment possible during the COVID-19 pandemic, please click here. 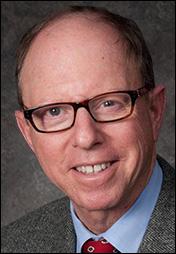 Dr. Wayne B. Eisman graduated from Baylor College of Medicine in Houston, Texas in 1975. He completed his Internship in General Surgery at New York University including New York University Hospital, the Manhattan Veterans Administration Hospital and Bellevue Hospital Medical Center. Subsequently, he served as Resident and Chief resident in Otolaryngology- Head and Neck Surgery at the Mount Sinai School of Medicine.

He has particular expertise in Endoscopic Sinus Surgery, Pediatric Otolaryngology and Head and Neck cancer Surgery. Other areas of expertise include snoring and problems of sleep apnea.

Ever wonder about nose bleeds, how they happen and what to do? Dr. Wayne Eisman explains nose bleeds in this video.

ENT and Allergy Associates, LLP® Physicians and Administrators To Speak at The American Academy of Otolaryngology - Head and Neck Surgery 2011 Annual Meeting

ENT and Allergy Associates and Mount Sinai Give Back to the Community, Unveil Plaque Honoring Donation to Cancer Room