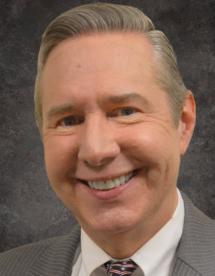 Arthur Schwacke, EVP and Chief Financial Officer, joined ENT and Allergy Associates, LLP (ENTA) in 1998. During his tenure, ENTA has grown into one of the largest and most well-respected group medical practices in the United States, comprised of 220 physicians practicing in 46 state-of-the-art clinical locations throughout New York and New Jersey. During the past 7 years, his efforts have secured over $45 million in bank financing to fund group expansion, during which time the group has transitioned to a self-insured health plan, introduced an electronic health record and web portal management system, added a centralized call center, provided a new defined benefits program for its partners and established and expanded prestigious  clinical partnerships with Mount Sinai Medical Center, Montefiore Medical Center and North Shore LIJ Health Systems.

In 2015, he took the company “paperless” by introducing a software-based materials management solution to automate the group’s purchasing and accounts payable functions, including the introduction of a new electronic payment system. His financial leadership resulted in ENTA receiving the coveted MAP Award for High Performance in Revenue Cycle Management from the Healthcare Financial Management Association (HFMA) for the past 5 consecutive years.

In addition to his responsibility for the group’s financial operations, Mr. Schwacke works closely with the CEO and Board of Trustees in formulating the group’s future direction, providing support for tactical initiatives. He is an ad hoc member of the Board’s Finance, IT and Managed Care Contracting Committees.  Mr. Schwacke is also a co-founder of OASIS – the risk retention group started by the practice in 2009 to insure its medical malpractice risk.  He currently serves as Treasurer for OASIS and is a member of the Subscriber Advisory Committee.

Mr. Schwacke began his career in public accounting and spent 9 years in the broadcasting, cable and construction industries before entering healthcare in 1989.  He served as Controller for a large, publicly traded home healthcare company until 1995 and as Chief Financial Officer for a home health startup before joining ENTA in 1998.

He is a graduate of Rutgers University and a Certified Public Accountant with memberships in the AICPA, New Jersey Society of CPAs and the AOA’s Large Group Executive Forum.