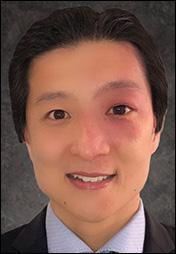 Dr. Acker served his internship in Otolaryngology/Facial Plastics Surgery at UMDNJ-SOM’s Kennedy Health System, followed by his residency at that same institution.  He is currently board certified in Otolaryngology/Facial Plastics Surgery. He is a member of the American Osteopathic Association, the American Osteopathic College of Ophthalmology and Otolaryngology and the American Academy of Otolaryngology-Head and Neck Surgery.  Dr. Benjamin Daesoon Acker D.O. was the recipient of multiple awards during medical school for academic excellence and graduated at the top of his class.  He won an award during internship for teaching students, and he was also the recipient of the Patrick Murray award at the end of his residency for achieving the highest In-Service exam score in the nation out of all Osteopathic residents.  He has always found it important to have a strong foundation of medical knowledge in order to provide better and evidence based patient care.