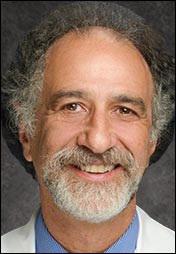 Eric Smouha, MD, FACS is board-certified in both Otolaryngology and Neurotology. With nearly thirty years of experience, his clinical and academic interests span all aspects of otology and neurotology. Dr. Smouha has performed several hundred operations for cholesteatoma and has given instructional courses on cholesteatoma and complications of otitis media at the American Academy of Otolaryngology-Head and Neck Surgery and in the School of Graduate Education at Mount Sinai. With expertise on hearing preservation, he has performed hundreds of successful stapedectomy operations for the treatment of otosclerosis, cochlear implants for deafness, and newer surgically-implanted hearing devices.

His publications include a textbook entitled Cholesteatoma, and articles on the management of cholesteatoma in the normal hearing ear, the treatment of CSF leaks of the skull base, and the surgical treatment of Meniere's disease.  He has also conducted basic research on matrix metallo-proteinase enzymes in cholesteatoma, and on three-dimensional imaging of the temporal bone. Additionally, Dr. Smouha has done pivotal basic research in hearing preservation surgery of the inner ear.