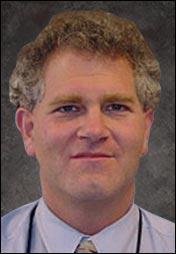 After graduating Byram Hill High School in Armonk in 1974, Dr Shechtman entered Bowdoin College in Brunswick, Maine and went on to do a masters at NYU in Anatomy and Cell Biology. Next, after completing his medical school education at NY Medical College he was selected to a surgical internship atCabrini Hospital and then Otolaryngology residency education at NY Eye and Ear’s Affiliated Hospitals Program. After completing residency, he was invited to stay in academics as an Assistant Professor of Clinical Otolaryngology. During that time he published numerous papers, authored several chapters in the Otolaryngology literature, presented his work at National Meetings and served as the Department Chief at Metropolitan Hospital. He was active as an educator and administrator throughout this time and served as the Director of Medical Student Education and Co -Interim Director of the Residency program.

Next, he decided to move to his hometown area in Westchester and chose to join a solo Otolaryngologist in private practice at White Plains Hospital. During that time he specialized in Pediatric ENT, brought expertise in the newly developed art of sinus surgery and diagnostic laryngology and continued work in head and neck surgery. Five years later, he became a founding member of the organization which would become ENT and Allergy Associates and was part of the original executive committees which steered the group through difficult times. He was elected Section Chief of the Department of Otolaryngology at White Plains Hospital and remains active as an emeritus section Chief. He was a long time member of the Credentials Committee and Library Committee at White Plains Hospital and continues to have active ties to the hospital and community. He is also on the staff at Mt Sinai/Icahn School of Medicine as an Assistant Professor of Clinical Otolaryngology.

Most recently he was selected to publish an Op Ed in the New York Times in March 2020 regarding the current and future effect of Covid 19 on the medical and more broadly national community. He currently has been awarded Castle-Connolly’s Top Doctor designation as well as Top Doc by other worthy organizations.

As a homegrown Pleasantville/Armonk native and father, he participated for over 10 years as a Baseball Coach from Little League to Travel Baseball, volunteered in the school system as a teaching assistant in elementary book learning, set up model rocketry demonstrations and has been active in town and education issues. His wife, Marla, is a Board Certified Physiatrist, Integrative Medical Specialist and an active Yogi specializing in Pelvic Floor, Mindfullness, and Meditative Arts. He has two sons, one an Engineer, and the other in Medical School. His mother of 95 live nearby.
Finally, he is a passionate outdoorsman who loves skiing, hiking, biking, kayaking,gardening and especially his dog, Layni.