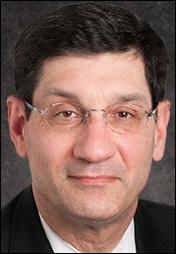 Dr. Jason P. Cohen received his bachelor’s degree from Vanderbilt University and his medical degree from SUNY-Downstate Medical Center in Brooklyn.  He completed a residency in Otolaryngology-Head and Neck Surgery at NYU-Bellevue and a fellowship in Head and Neck Surgery at Beth Israel Medical Center.  He was the director of the Department of Otolaryngology at Vassar Brothers Medical Center for more than 20 years and has served on the faculties of NYU, Mt Sinai, and Columbia University Schools of Medicine.  He is board certified and is a fellow of the American College of Surgeons.  He is also a member of the American Head and Neck Society and the New York Head and Neck Society.  Dr. Cohen taught parathyroid surgery to other otolaryngologists at the American Academy of Otolaryngology annual meeting for many years.  He is a recipient of the Honor Award of the American Academy of Otolaryngology, the Distinguished Service Citation from NYU School of Medicine, and was honored by Vassar Brothers Medical Center at their 2013 Diamond Gala.  He has an extensive list of publications in head and neck surgery and has lectured both nationally and internationally on endocrine surgery of the neck.  He served on the Board of Trustees of Health Quest ,the parent organization of Vassar Brothers Medical Center, Northern Dutchess Hospital, Putnam Hospital Center, and Sharon Hospital.  Dr. Cohen is one of the founding members of the soon to be established Marist-Nuvance School of Medicine and serves on their Joint Board of Overseers.  He also holds a second degree black belt from the American Taekwondo Association.