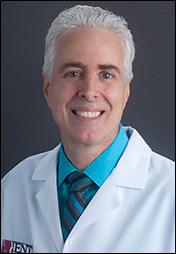 In August, 2015, Dr. Horowitz became the Chief of the Division of Otolaryngology, Head & Neck Surgery at St. Peter's University Hospital. He maintains strong ties to the Rutgers Medical School where he has the title of Clinical Associate Professor of Surgery/Otolaryngology. He also serves on the multidisciplinary team at the RWJ Sleep Disorders Clinic. Dr. Horowitz is an active member in the New Jersey medical community in general, participating in the Middlesex County Medical Society. He has served as a board member, officer and President in 2005-06.

Dr. Horowitz maintains a broad-based practice, treating patients of all ages in General Otolaryngology, with an emphasis on sleep disorders, sino-nasal disease, and surgery of the thyroid and salivary glands. He is an attending in Otolaryngology at the pediatric Cranio-facial Disorders Clinic at St. Peter’s University Hospital, where he has provided care to the children of central New Jersey for over twenty years.