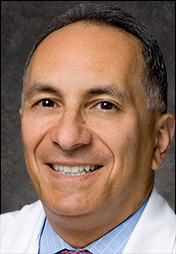 Dr. Haddad’s accolades are numerous.  He was recognized as one of the best Pediatric Otolaryngologists in New York by New York Magazine from 1991 to 2016, and one of America’s Top Doctors, from 2003 to 2017. He is the recipient of a number of awards and has authored over 100 peer-reviewed articles, reviews and textbook chapters, and served as the principal investigator for several significant research projects, including his present research on the genetics of cleft lip and palate.

Dr. Haddad joins ENTA after serving as Founding Director of the Division of Pediatric Otolaryngology at the Children's Hospital of New York-Presbyterian. He also served as Professor and Vice Chairman, Department of Otolaryngology at Columbia University Medical Center.