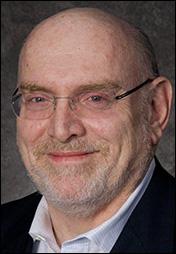 Dr. Steven Sacks was raised in the Bronx, New York and attended Brooklyn Technical High School. He received a BS in Chemical Engineering from Cooper Union and then attended the bio-medical engineering graduate program at Washington University. He graduated in 1977 from the Washington University School of Medicine in St. Louis and then did his internship in Surgery and residency in Otolaryngology at the Mount Sinai Hospital finishing in 1981.

Dr. Sacks entered private practice in Manhattan on October 1, 1981, the day of his first child's birth. He maintained a half-time academic position at the Mount Sinai Hospital for nine years, responsible for residency training at both Mt. Sinai and the Bronx VA Hospitals. Since then, he has devoted himself fully to private practice, maintaining strong academic ties to the Mt. Sinai Hospital, as Assistant Clinical Professor, teaching both residents and medical students. Areas of special interest are sinus, thyroid, parathyroid and parotid surgery as well as evaluation and surgery for the treatment of snoring and sleep apnea.

Dr. Sacks is Board Certified by the American Board of Otolaryngology, a Fellow in the American College of Surgeons, and a member of the American Society of Head and Neck Surgery. Both Castle Connelly and New York Magazine have named him as one of the best doctors in the New York area. He takes great pride in the kind, compassionate and thorough care he delivers to his patients.