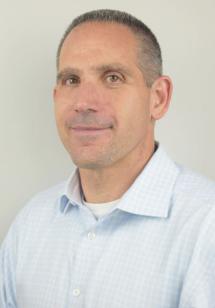 Jason Levy, Senior Director of Audiology, has over 20 years experience working in business development, management, training, sales and marketing. He joins ENT and Allergy Associates (ENTA) from American Hearing Aid Associates (AHAA) where he was the Northeast Director for the ENT division since 2012. The responsibilities of the Senior Director of Audiology include the oversight of the entire clinical division, coupled with growing the hearing aid division on a strategic level. To do this, Jason will focus on low-hanging opportunities for scheduling optimization as well as implementing dispensing techniques and overall marketing strategies. Jason is charged with streamlining the department to have a healthy balance of diagnostics and Hearing Aids.

Prior to joining AHAA, Jason worked in Pharmaceutical Sales as well as the Promotional Products industry, where he consistently grew his regions’ revenue year after year. Jason is the recipient of many awards associated with overall revenue and sales increases. For example, he was the recipient of the Bodek & Rhodes President’s Award in the 2011 for increasing revenues by greater than $2 million dollars over the prior year. He was also recognized by AHAA for his contributions in otolaryngology, a distinction that largely led to his promotion to Director in 2013 as well as to his eventual recruitment by ENT and Allergy, the largest client of AHAA, in 2016. Jason received his Bachelor of Arts from the University of Delaware in 1993.