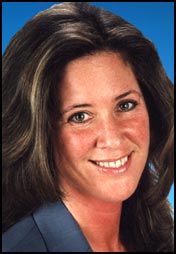 Seasonal allergic rhinitis, often referred to as "hay fever" affects more than 35 million people in the United States. Airborne pollens and mold spores are outdoor allergens that commonly trigger symptoms during the spring and fall. During these times, seasonal allergic rhinitis sufferers experience symptoms of sneezing, congestion, a runny nose, and itchiness in the nose, roof of the mouth, throat, eyes and ears.

Seasonal allergic rhinitis in the spring is usually triggered by tree pollen, followed by grass pollen in the late spring and early summer. In the late summer and early fall, pollen from ragweed and other weeds is prevalent. Each plant has a period of pollination that does not vary greatly from year to year. However, weather conditions can affect the amount of pollen in the air at any given time.

Mold spores float in the air like pollen, and are present throughout the year in many states. Unlike pollens, molds do not have a specific season, but are affected by weather conditions such as wind, rain or temperature. Molds are present in almost every possible habitat. Outdoors, they can be found in soil, vegetation and rotting wood. Molds can also be found indoors in attics, basements, bathrooms, refrigerators and other food storage areas, garbage containers, carpets and upholstery.

Pollen and mold counts measure the amount of airborne allergens present in the air. While many patients develop symptoms when pollen counts are 20 to 100 grains per cubic meter, one's symptoms may also be affected by recent exposure to other allergens, the intensity of pollen exposure, and individual sensitivity. Pollen counts reported to the public are generally taken the preceding one to three days, and may vary widely from day to day during a season.

Weather can influence hay fever symptoms. Allergy symptoms are often minimal on days that are rainy, cloudy or windless, because pollen does not move about during these conditions. Hot, dry and windy weather signals greater pollen and mold distribution and thus, increased allergy symptoms.

If your seasonal allergy symptoms are making you miserable, your allergist can perform the appropriate tests to determine your allergic triggers. To lessen your symptoms, your allergist may prescribe an allergy nose spray, non-sedating antihistamine, decongestant or other medications.

If your symptoms continue or if you have them for many months of the year, your allergist may also recommend immunotherapy treatment, also called allergy vaccinations or shots. This treatment involves receiving injections periodically as determined by your allergist-over a period of three to five years. This treatment helps your immune system to become more and more resistant to the specific allergen, and lessens your symptoms as well as the need for future medications.
Find out more information at the American Academy of Asthma, Allergy and Immunology Web site at www.aaaai.org .

Following are some dos and don&rsquo,ts that you may want to follow during the pollen and mold seasons to lessen your exposure to the pollens or molds that trigger your allergy symptoms.