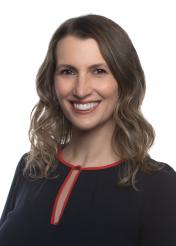 Kimberly Brownell has specialized within the field of medical speech pathology as a Clinical Voice Pathologist for over 20 years. She received a Bachelor’s Degree from Towson University, double-majoring in Speech Pathology and Psychology along with a minor in vocal performance. She followed that with a Master’s from The Ohio State University where she was also a Research Fellow in their Speech Acoustics lab. There, she co-authored research articles and presented at the Acoustical Society of America conferences. Starting her professional career as a Clinical Fellow at one of Ohio’s premiere voice clinics, Kimberly was trained to perform both stroboscopy and FEES exams, and has continued her proficiency ever since.

Kimberly joins ENT & Allergy by way of Ear, Nose, and Throat Associates of NY, where she served as the Director of the Speech Pathology Department for over three years after working at this private practice for the past 15 years. During her tenure there, she brought therapy services to the department and well as helped start and spearhead their Restech testing program, known as a gold standard test for throat reflux. In 2021, she was invited to present a well-attended webinar on behalf of Restech, entitled “An SLP’s Evolving Role in Reflux Management.”

Ms. Brownell also enjoys her position at St. John’s University as an Adjunct Professor in the Department for Communication Sciences & Disorders where she teaches the Graduate-level Voice Disorders course.

Back to Speech Language Pathologists