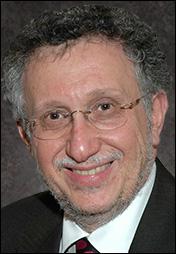 Dr. Abraham Sinnreich received an MS degree from Columbia University's College of Physicians and Surgeons and an MD degree from the Albert Einstein College of Medicine. After an internship at Coney Island and Maimonides Hospitals, he completed his residency training at the Mt. Sinai Hospital's Department of Otolaryngology in New York City in general ear nose and throat, head and neck surgery and facial reconstructive surgery.

Dr. Sinnreich is board certified in his specialty and is a faculty member at The Mount Sinai School of Medicine. He participated in the teaching of resident doctors from Downstate Medical Center. Castle Connolly has named Dr. Sinnreich as one of the Top Doctors in the Metropolitan Area yearly since 1999. New York Magazine chose Dr. Sinnreich to be "One of the Best Doctors in New York" for 2002! Although he is a general Otolaryngologist seeing children and adults, Dr. Sinnreich's special interests are in the treatment of sleep and sinus disorders. He was the first otolaryngologist to perform the balloon sinuplasty on select sinusitis patients in Brooklyn and Staten Island.