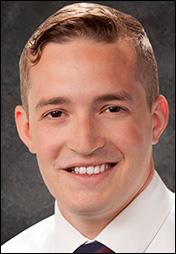 Born and raised in Long Island, Dr. Alessi joins ENTA after completing his internship in General Surgery and residency in Otolaryngology - Head and Neck Surgery at the State University of New York Downstate Medical Center. Dr. Alessi completed his undergraduate studies at Stony Brook University, where he graduated summa cum laude with a major in Biology. He then went on to complete his medical degree at  SUNY Downstate College of Medicine where he graduated first in his class.  Dr. Alessi treats all Ear, Nose and Throat disorders in children and adults.  Throughout his training he has been awarded for his dedication to clinical care and has presented his research at national meetings. He is a member of the American Academy of Otolaryngology-Head and Neck Surgery.