Ensuring the safety of our patients is our utmost priority. We want you to know that we are closely monitoring the COVID- 19 situation and taking steps to keep everyone as safe as possible. At this time, in order to protect the safety of our patients and preserve our ability to staff our sites with our talented specialty doctors and teams, ENTA will be limiting patient access at several clinical locations. For a complete list, click here.

Many of our locations will be open for allergy shots and biologic therapies during this time, but also on a limited schedule. Please contact your office for the availability of these hours. For complete information on the latest restrictions and screening process, please click here.

In response to the current emergency situation all our locations will be offering Virtual Office Visits with your local ENTA doctors. For more information, please click here. 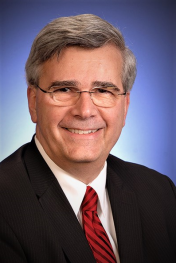 Dr. Petcu was born in Chicago, Illinois and grew up in suburban Philadelphia.  With interests in both science and economics, he attended the University of Pennsylvania and the Wharton School where he graduated with degrees in Biology, Chemistry, and Business.  After obtaining an MS in Biochemistry from Temple University, he enrolled in the University of Pennsylvania School of Medicine for his M.D. degree.  His internship in Surgery and residency in Otolaryngology/Head and Neck Surgery were done at Yale University School of Medicine and Yale-New Haven Hospital.  In his final year of training, he was named Chief Resident and later became a Clinical Instructor at both Yale University and Tufts University Schools of Medicine, instructing medical students, PAs, ENT residents, and maxillofacial surgery residents.

Continuing to strive to offer his patients the most advanced and minimally invasive methods, he trained in otolaryngic allergy, advanced sinus surgery techniques (in office and operating rooms), head and neck cancer (open and endoscopic) surgery, Drug-Induced Sleep Endoscopy (DISE), virtual endoscopy, and Trans-Oral Robotic Surgery (TORS) using the daVinci Surgical System (for both cancer and sleep apnea surgery). He was among the first 100 ENTs in the US trained in TORS. Most recently he was trained in the newest Eustachian tube balloon dilation system.

Placing an absolute priority on quality of patient care, Dr. Petcu has been interim chief of the ENT department at his previous hospital and a member of three quality control committees. He has been named one of Castle Connelly’s Best ENTs in America for 4 years running and has been awarded several patient satisfaction awards. Dr. Petcu is a board-certified Otolaryngologist-Head & Neck Surgeon and a Fellow of the American College of Surgeons (FACS).  He has special interests in endoscopic sinus surgery, hearing loss, balance and dizziness disorders, and sleep medicine, and obstructive sleep apnea/snoring surgery. He is affiliated with Orange Regional Medical Center and Hudson Valley Ambulatory Center.