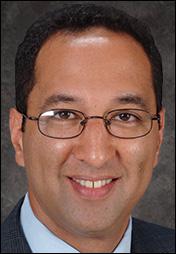 I. David Bough, Jr. is a board certified Otolaryngologist. He received his Bachelor's Degree in Economics from Dartmouth College (1984), his Master's Degree in Physiology and Biophisics from Georgetown University (1985), and his Medical Degree from Jefferson Medical College (1989). In 1994, he completed his residency in Otolaryngology-Head and Neck Surgery at Thomas Jefferson University Hospital in Philadelphia. He has had additional training in the use of lasers, the treatment of voice disorders, head and neck cancer, and endoscopic sinus surgery. He was the first Otolaryngologist to perform Balloon Sinuplasty in both Bergen and Rockland counties and continues to be a leading pioneer in this breakthrough technique. He was one of the first in the area to embrace Coblation Tonsillectomy Technique and Pillar Implantation. He has particular interest in caring for patients with thyroid and parathyroid disease, nasal and sinus obstruction, sleep disorders, and snoring.  He cares for both children and adults with problems involving their ear, nose, and throat.

Dr. Bough has authored numerous articles in the medical literature and has lectured at several local and national meetings. He maintained an academic affiliation as an Assistant Professor at Jefferson Medical School from 1994 -2005. He currently has an academic appointment as a Visiting Attending at the Mount Sinai Hospital in New York City. He is a Fellow of both the American Academy of Otolaryngology and the American College of Surgeons.

He has been listed as one of the Top Docs in NJ Monthly and 201 Magazine in the field of Otolaryngology in multiple annual issues.  He takes pride in performing annual Humanitarian Mission to help the underpriviledged in foreign countries.  He has participated in Medical Missions in Haiti, Ecuador, Guatemala, and the Philippines. 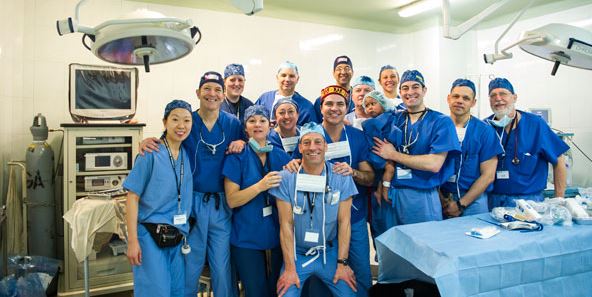 Pictures Above: TEAM ENT...ISMS Team ENT was founded in 2011 by Shawn C. Ciecko, MD, an Otolaryngologist Head and Neck surgeon (ENT). The ISMS team continued to expand and included Otolaryngologists (ENT) Head & Neck surgeons as well as Plastic and Reconstructive Surgeons who are trained to treat both the Adult and Pediatric patient population. Today, ISMS Team ENT is staffed with a complete Adult and Pediatric Anesthesia team as well as a skilled recovery and critical care nursing staff.  Our ISMS ENT members form a diverse group of individuals who hail from the shores of New York to the reaches of Argentina. The team is committed to treating the ailments of the Ear, Nose and Throat as well as the Head and Neck. Our primary goal is to transcend political and religious differences and to focus our efforts on providing medical treatment to the less fortunate. We recognize that “routine” care for us is a distant dream for many and therefore stay committed to bringing them that opportunity. Please click here for more information.