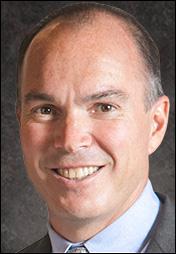 Michael Tavill, MD, FACS received his undergraduate degree in biology from Washington University, St. Louis in 1986. He then went on to Case Western Reserve University Medical School, graduating in 1991. His achievements include an election to Alpha Omega Alpha Medical Honor Society and the Memorial Award in Otolaryngology. An Internship and Residency in Otorhinolaryngology / Head and Neck Surgery were completed at The Hospitals of The University of Pennsylvania in 1996 followed by a Fellowship in Pediatric Otolaryngology at The Children’s Hospital of Philadelphia in 1997. He is board-certified in Pediatric and Adult Otolaryngology and now serves as Chief of Pediatric Otolaryngology at Monmouth Medical Center. He has teaching responsibilities in the Departments of Pediatrics and Surgery along with an appointment as assistant clinical Professor at Drexel University Medical School. He also serves on the American Academy of Otolaryngology Pediatric Clinical Advisory Committee.

Dr. Tavill is a frequent speaker at both community and medical meetings. He is a member of the American Academy of Otolaryngology, Society for Ear, Nose, and Throat Advances in Children, and a Fellow of the American College of Surgeons. Dr Tavill has been recognized for excellence in pediatric Otolaryngology by NJ Top Docs (2006-2018) and NY Metro top doctors (2007-2018). He has also been singled out by US News and World Report as one America’s Top Physicians.