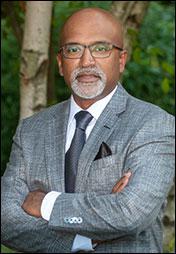 Vin Prabhat, MD, FACS received his undergraduate degree from the University of Pennsylvania in Philadelphia, where he graduated Magna Cum Laude and with Phi Beta Kappa honors. He then graduated medical school at Cornell University Medical College in New York City with honors in Otolaryngology and also received the prestigious James A. Moore prize in otology. Dr. Prabhat subsequently completed internship and residency at Mt. Sinai Medical Center in New York City and became board-certified in Otolaryngology / Head & Neck Surgery in 1998. He then completed a fellowship in Facial Plastic & Reconstructive Surgery through Emory University in Atlanta in 1999 and became board-certified in Facial Plastic Surgery in 2000. He is currently serving as the Chairman of the Department of Otolaryngology at Monmouth Medical Center and is the Co-Director of the Head and Neck Cancer Center. Dr. Prabhat has been the recipient of numerous honors—including being honored multiple times as one of “NJ’s Top Docs”—as well as one of “America’s Top Surgeons” and “America’s Top Physicians”. His work has been favorably chronicled in many major newspaper and magazine articles. Dr. Prabhat’s interests include the surgical management of thyroid and parathyroid disease, head and neck oncology, advanced sinus surgery including balloon sinuplasty, rhinoplasty, and pediatric surgery.