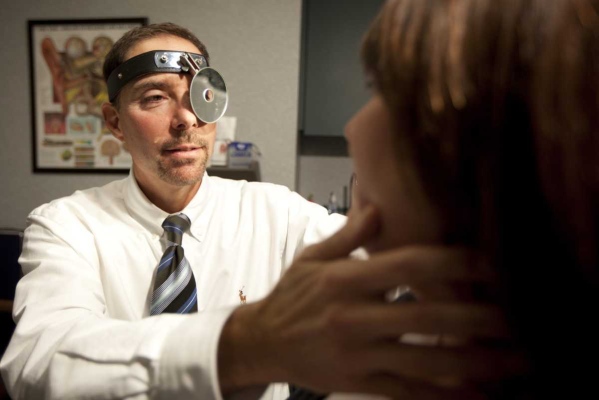 After several days of nasal congestion and discharge, many people run to the doctor for antibiotics when all they really have is a nasty cold.

It's not unusual, though, for the common cold to morph into a sinus infection. Most cases of acute sinusitis start with a cold that inflames the sinuses, and that leads to a bacterial infection that may last up to four weeks, according to the U.S. National Institute of Allergy and Infectious Diseases.

"In fact, all a sinus infection is is a cold that's really gotten out of hand", explained Dr. Richard Litman, chief of otolaryngology at John T. Mather Memorial Hospital in Port Jefferson.

The sinuses are air-filled pockets behind the forehead, under the eyes and beneath the cheekbones. It's where you hurt when you have a sinus infection.

When someone has a cold, tissue in the nose swells, and mucus, which can't drain out as it normally would, backs up into the sinuses, said Litman, who sees patients in the Port Jefferson office of Otolaryngology Associates of Long Island. Air can't circulate in the sinuses because of the swelling and mucus. And, Litman said, the warm mucus makes for a perfect culture for bacterial growth.

Sinus inflammation that lasts three months or longer is considered chronic sinusitis. Left untreated, a chronic sinus infection can damage the sinuses and cheekbones, according to the American Academy of Otolaryngology - Head and Neck Surgery, the professional society for ear, nose and throat specialists.

Whether acute or chronic, the most important symptom of sinusitis is facial pain or pressure. The exact location of the discomfort depends on which sinus is affected. Other common symptoms include:

Children with a sinus infection often have a cough in the middle of the night, said Dr. Warren Zelman of ENT and Allergy Associates in Garden City. An adult may have a headache, especially in the morning.
"So if you have body aches and things that you get with a viral infection, if you have joint aches, that's not sinus", he said. If a cold has run its course but your symptoms are worse, you probably have a bacterial infection, the otolaryngology academy noted.

The American Rhinologic Society cites numerous factors that might make someone more vulnerable to having a sinus infection. These include having asthma, nasal allergies, a congenital disease such as cystic fibrosis or an anatomical obstruction that blocks sinus passages.

Smoking cigarettes and being exposed to secondary smoke are also predisposing factors, Zelman noted. In young children it's "day care nose", - being around other kids with runny noses.

If you truly have a sinus infection, antibiotics are usually the best bet to zap the infection. For people who cannot tolerate antibiotics because of gastrointestinal upset, steroid medicines administered through a nasal wash or a nebulizer may be an option.

"We're able to deliver the medications directly to the nasal mucus membrane without the body side effects", Zelman said.

Nasal sprays containing the active ingredient oxymetazoline (sold under such brand names as Afrin, Dristan and Vicks Sinus) can be helpful for the short-term relief of sinus congestion, Litman said. But using them for more than two or three days in a row can lead to what's called rebound congestion, he cautioned. You'll need higher doses of the medicine, and it'll last for shorter periods of time.

"Plain saline is great for longer term, and that we put a lot of people on", he said.

Sometimes sinus surgery is needed to clear sinus pathways and remove obstructions, especially for patients with chronic sinusitis who don't respond to medications.

The latest surgical technique, called Balloon SinuplastyTM, was approved by the U.S. Food and Drug Administration in 2005. A soft, flexible instrument containing a tiny balloon is guided into the nasal cavity. The balloon is inflated to open the sinus passage, and then it is deflated and removed. Because the procedure does not involve removing bone or tissue, it's less invasive.

"It's really cool because we can do limited surgery, especially on little kids", Zelman said.